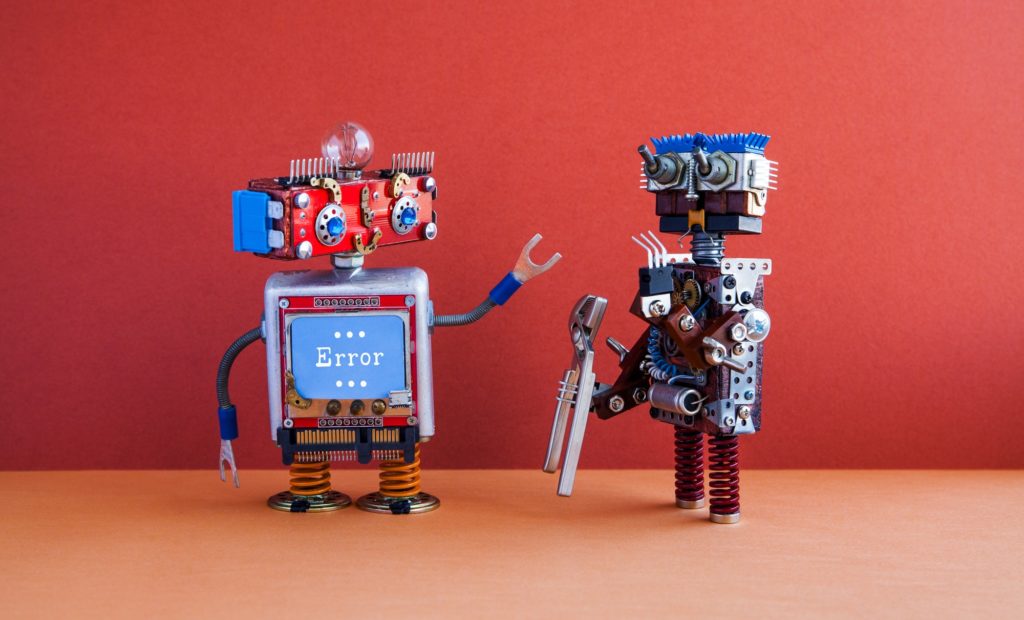 Plenty of cash is flowing into digital initiatives at large, industrial companies. In fact, the executives we surveyed recently at 1,350 of these businesses globally reported investments in digital reinvention totaling more than $100 billion between 2016 and 2018.

The problem is that the expected results often fail to materialize. Most of the leaders we surveyed (companies representing 17 countries and 13 industries) reported poor returns on their digital investments. The primary reason: unsuccessful efforts to scale digital innovations beyond early pilot work.

Take one sportswear brand that bet big on customization. This company spent heavily on robotics, machine learning, and 3-D printing at a new manufacturing plant. It wanted to give customers the option of ordering personalized athletic shoes and getting them fast. Leadership hoped for a win that would fuel transformation across its other manufacturing locations. But operations and new technologies never meshed, and rapid production proved to be illusory. After three years, the company shut down the facility.

What’s keeping companies from scaling pilots successfully? And what are the companies that are experiencing better returns on digital investments doing differently than the rest? To answer these questions, we asked the executives in our study to tell us in detail about their returns on digital investment (RODI). Then we looked at how well companies across our sample had scaled projects from the proof-of-concept stage. When we mapped those two critical parameters — higher-than-average returns and more successful scaling — we saw that 22%of our sample had demonstrated both.

We then dove deeper into that group to learn what they did differently. We focused on what survey respondents overall had identified as their top challenges and how companies in our leader group had dealt with them.

Two critical challenges — and their remedies — emerged from that analysis.

If top managers aren’t on the same page, it makes it difficult for their direct reports to agree on what to prioritize and how to measure progress. The remedy: Define and articulate not only the opportunity but also the problem it solves, and how the company will build the organization around the desired solution before investing.

A few years ago, Sorgenia, an Italian electricity and natural gas producer, launched a transformation project with a very clear goal: to increase its customer base from 300,000 to 1 million in only five years primarily by building and improving digital channels. (Full disclosure: Sorgenia is Accenture client; that relationship gave us additional insight into their work, helping us to share it here.) The company has no telesales people. Their leaders believe the future of sales is digital, and that with the right tools, they can simplify the customer experience and entice many new customers in the process.

Moving the company’s IT to the cloud was the critical organizational lever. The cloud solution enables the company to continuously manage the addition of significant numbers of customers.

But that shift involved all parts of Sorgenia’s core business, including customer acquisition and management, the analysis and management of big data through a new data hub, and the creation of a platform to improve employee communication, collaboration, and productivity. Without a clear understanding of the goal — and the means to the end — it would have been difficult to ensure that all elements of the business were on the same page.

The result: Sorgenia is well on the way to realizing its goal, and the journey is well supported. Many of the company’s key operations can now be performed 15% to 20% faster, and staff have been freed to concentrate on higher-value work.

Challenge #2: A divide between the digital capabilities supporting the pilot and the capabilities available to support scaling it

When this problem isn’t addressed, companies may face a choice between accepting long delays in ramping up production or attempts by leadership at rapid, unwieldy change to meet what they have promised. The remedy: Look outside to close gaps or nurture pilots internally, ramping up digital capabilities across the organization from the get-go.

Faurecia, the France-based global automotive supplier (also an Accenture client), has used acquisitions to bridge digital capability gaps. In 2018, the company acquired Parrot Automotive to accelerate the development of what is calls the Cockpit of the Future, one with the most advanced safety, comfort, sound, and temperature functions.

Faurecia has also established a network of scholars in academic research institutions and startups in innovation clusters such as Silicon Valley, Toronto, Tel Aviv, Shanghai, and Paris. The company is using these relationships to accelerate the prototyping and industrialization of emerging technologies related to health and wellness, cybersecurity, and zero emissions.

But many of the leaders in our study have sidestepped this challenge entirely by building internal “innovation factories” inside the larger organization to develop and grow pilot projects.

Unlike skunkworks, small experimental labs independent of the main R&D group that are charged to innovate faster and cheaper, these innovation factories put organizational muscle behind digital reinvention. They are not limited to R&D or product design. Instead, they work end to end, starting with the incubation of new ideas, moving through the design of potential solutions, and then on to deployment and scaling. They’re also highly integrated into the organization; the factory team is part of the same lab, works on the same factory floor, and includes people from all functions, not just R&D.

They may bring in new talent, but they also integrate and develop existing talent as they go. And they keep the new group linked to, and accountable to, the company’s profit and losses. In this way, they can preview the effect of scaling a proof of concept on the larger organization before the scaling process begins in earnest; the larger organization is there all along. It’s like a new business slowly sprouting and growing within the existing organization.

Just one example: It’s critical to be able to effectively monitor the heat and humidity of electrical distribution equipment — think transmission lines and circuit breakers. A DSF team developed a solution that would use wireless thermal sensor technology (to gauge heat and humidity), coupled with a wireless protocol for communication. Estimated time to completion: three years. But with the digital services factory on task, Schneider Electric developed and industrialized the offering in only eight months.

The steps we outline here are pieces of the puzzle of digital reinvention. They also can help secure needed funding for future investment. (Ninety-four percent of the executives in our study told us that obtaining board approval for that investment was a challenge.) When companies anticipate the challenges we’ve outlined here, they’re better positioned to make a compelling case for funding. And they’re much more likely to succeed with their innovations.

Mike Sutcliff is the group chief executive of Accenture Digital. Connect with him on Twitter and LinkedIn.

Raghav Narsalay is a managing director at Accenture Research in Mumbai.

Aarohi Sen is a manager at Accenture Research in Delhi.

This article is about TECHNOLOGY

PrevAnteriorAre you ready to transform for tomorrow? Preparing incumbents for digital transformation
PróximoBusinesses Will Spend Nearly $1.2 Trillion on Digital Transformation This Year as They Seek an Edge in the Digital Economy, According to a New IDC Spending GuideNext 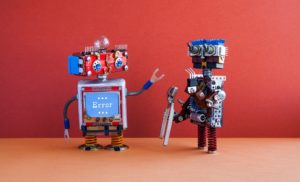 Four out of five digital transformation initiatives fail to reach their desired goal. That’s a lot of wasted time, money, and effort behind something so central to the success of your organization. But why are the results so dismal even after careful planning and budget support? Is it because the technology fails to deliver? Or

Good News For Digital Transformation Laggards: It’s Not Too Late

Given all the media and analyst coverage about digital transformation these days, one can be forgiven for assuming their company is limping hopelessly behind the pack. However, it’s not too late to catch up, and as you do, it can be done in incremental spurts. Plus, even the digital dynamos are still confused and grappling 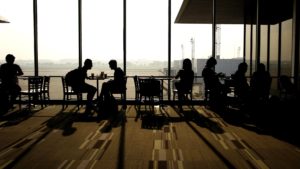 Businesses Will Spend Nearly $1.2 Trillion on Digital Transformation This Year as They Seek an Edge in the Digital Economy, According to a New IDC Spending Guide

FRAMINGHAM, Mass., April 24, 2019 – Enterprises around the world are making significant investments in the technologies and services that enable the digital transformation (DX) of their business models, products and services, and organizations. In the latest update to its Worldwide Semiannual Digital Transformation Spending Guide, International Data Corporation (IDC) forecasts global DX spending to 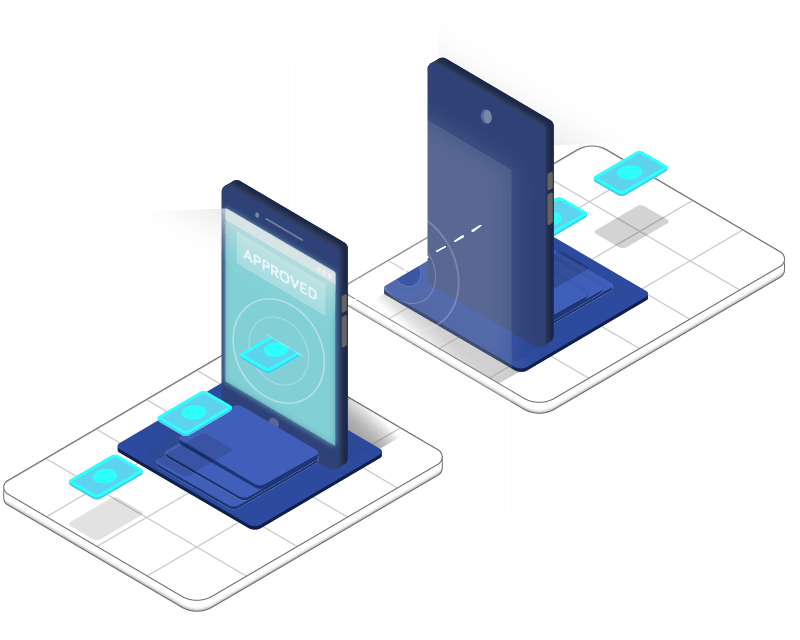 Ativar Notificações    OK No thanks